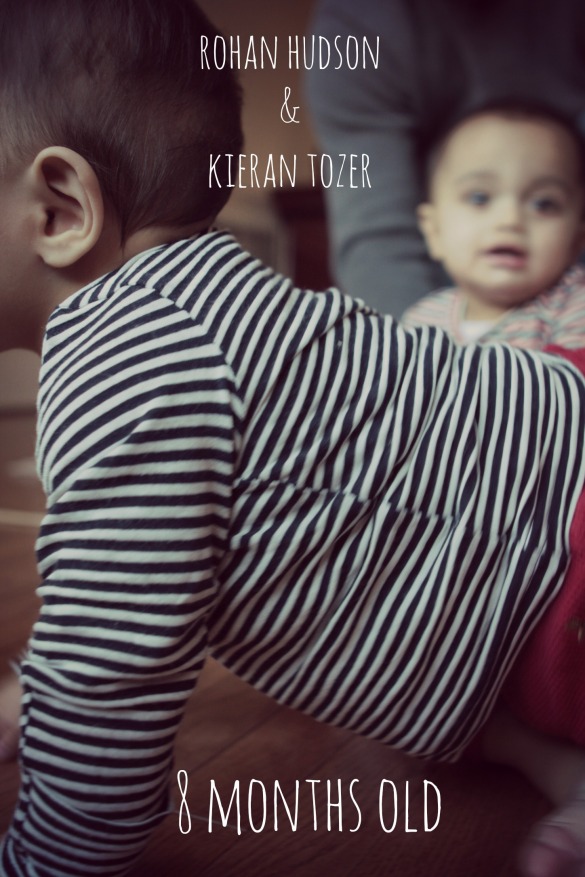 As the months pass it’s so amazing to learn how different our little guys are from each other.  They are completely different in every way.  And it’s their differences that we love about each one.  It’s becoming more and more fun to have twins. Yes, there are still lots of hard days — but just having them here with us outweighs any sort of bad.  As parents of twins, Greg and I feel so blessed that we have so much help at my parents house.  Of course we would get through it if we lived on our own, but having the help and family around really takes the stress off our shoulders.  Everyone here loves taking care of them, so once in a while Greg and I can even sneak out for an evening together. 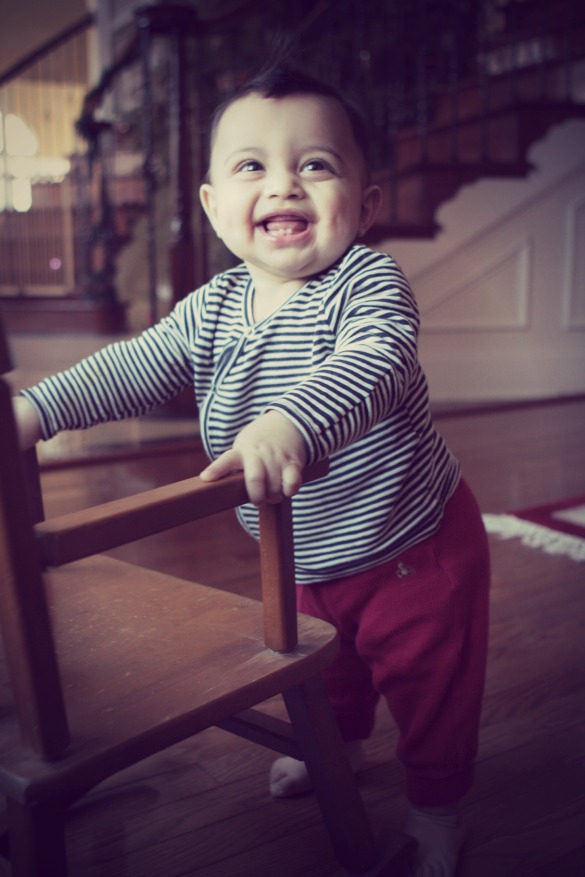 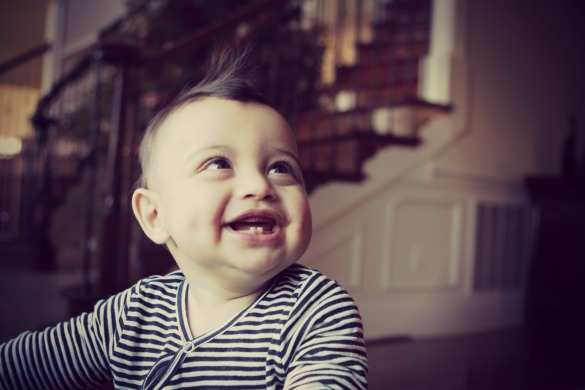 Rohan is becoming a little less smiley and watches more.  Yes he still has that beautiful smile, but it comes out a little less.  I think he’s realizing that he doesn’t know new faces, and prefers the faces he sees everyday.  Rohan loves to be carried.  He’s not very mobile at the moment — only being able to roll — he watches Kieran zip here and there on all fours.  Sometimes he attempts to get up on all fours, only to sway forward and backward — a little timid to move forward. He started shaking his head for “no” — it’s really adorable to see, (but not for long, right??).  He also says “mama” and “dada”, but if I ask him to say “mama” he shakes his head “no.”  It’s become a fun little game between him and I.  Rohan is a solid baby.  Solid cheeks, solid thighs, solid little feet. 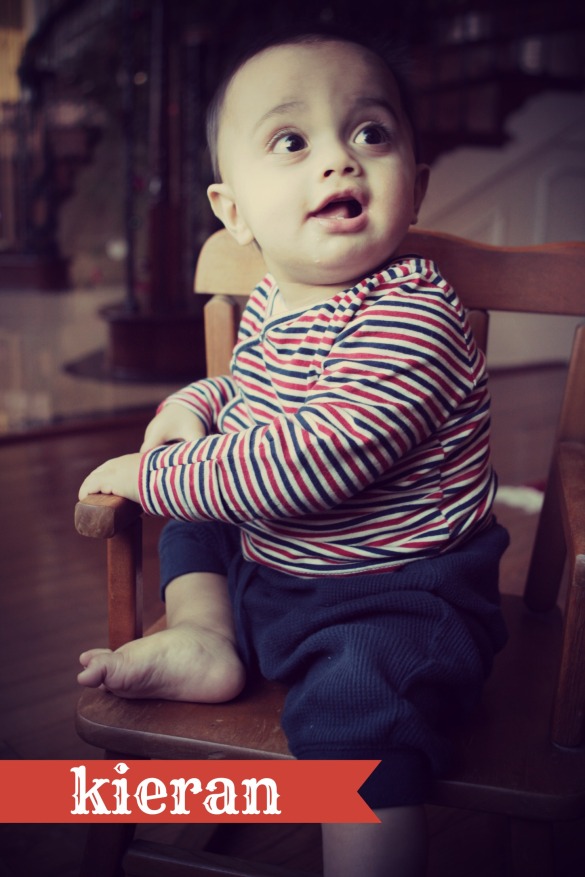 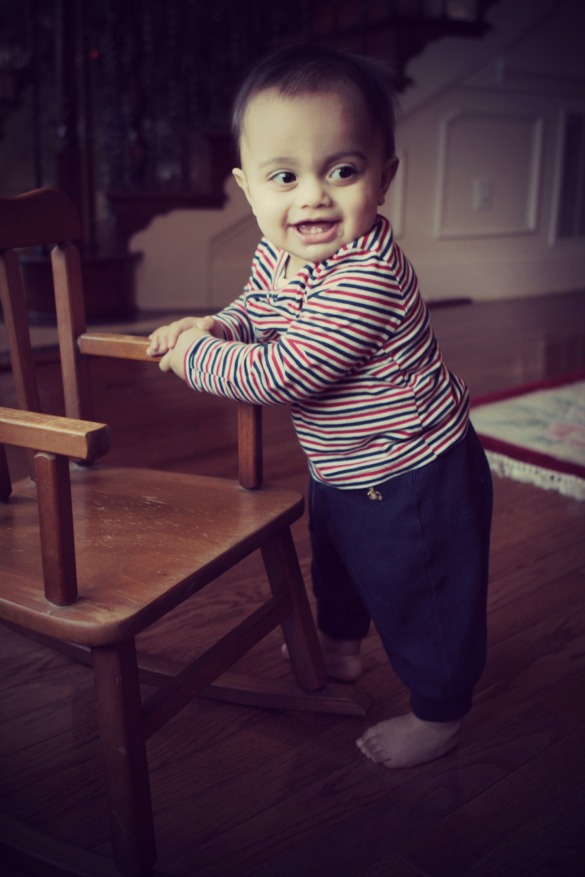 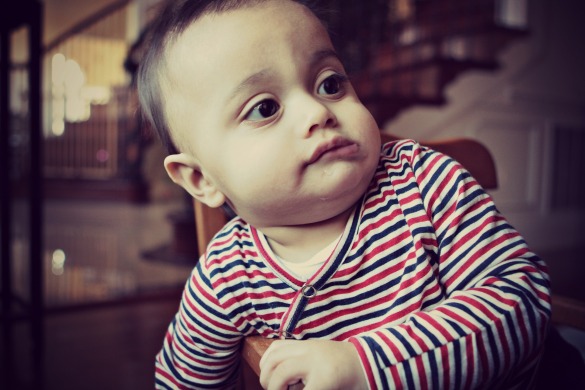 Kieran is so funny.  He is a ball of energy, that’s for sure!  He’s rolling, crawls fast like lightening, and pulls himself up to a standing position.  Sometimes he even attempts to crawl up on kid chairs.  He’s a daredevil.  When he falls he gets right back up — unless he bonks his head real hard which happens alot these days.  The boy needs a helmet! He’s very cheery, and is quick to smile.  He loves to give kisses, the only problem is that he has enough slobber for two babies.  It’s funny to listen to him talk because he has so much to say.  Lots of syllables, sounds and slurs.  Compared to all my babies, he’s significantly lighter in weight.  Weird, since it seems like I usually have the rolly polly ones. 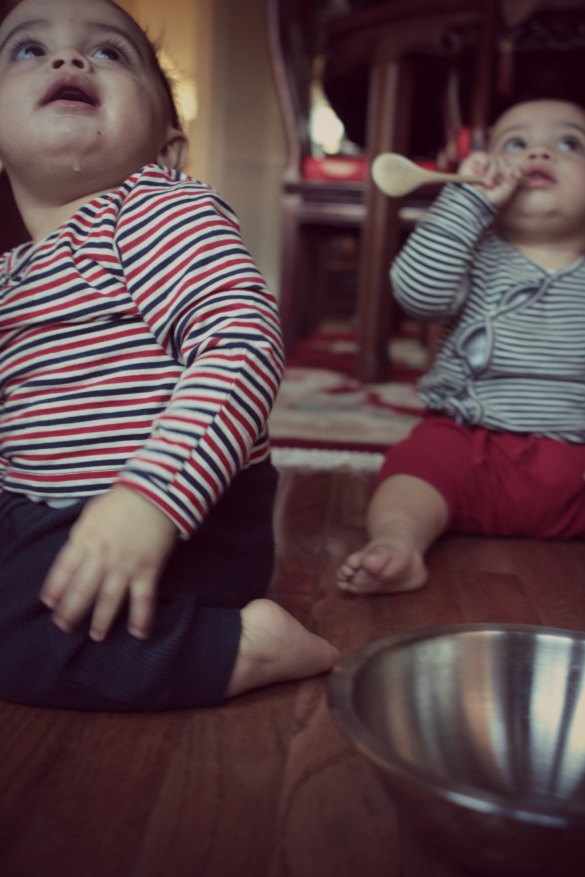 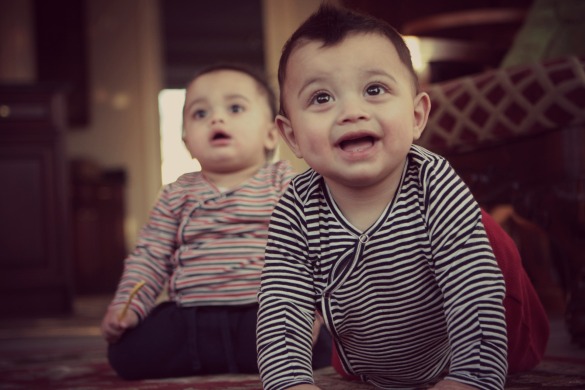 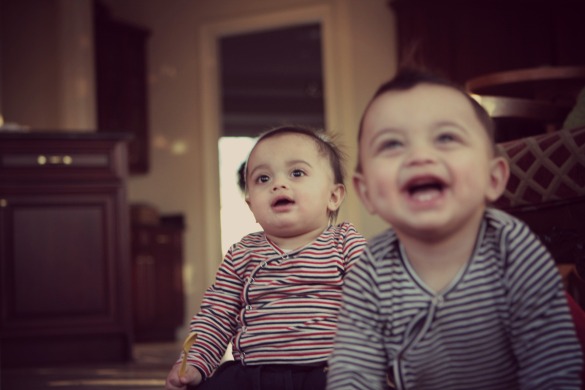