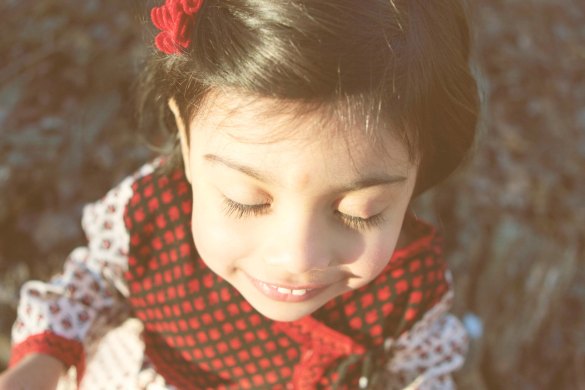 My baby girl is 3 years old.  How do I have a 3 year old?  I guess time flies when you’re having fun.  I remember when we brought our cupcake home from the hospital just like it was yesterday.  We were so enthralled by our firstborn, and three years later, we still are. She’s quirky, so fun to be around, has the funniest cartoon voice when she talks to her brothers, she’s smart, wise, and is a little chatterbox right until she closes those pretty eyes at night.  Dhara loves fun and anything that has to do with it.  She’s got tons of energy and can play all day and all night if you let her.  Bedtime is not her favorite time of the day because that means she has to waste the time she could be using for play — kinda like Olivia. She’s got quite the imagination, and loves playing with anyone who will dare to imagine with her.

Dhara loves her brothers.  She talks to them like they’re much younger than her. She calls them “buddy.”  She still tries to pick them up and roughhouse with them — something we’re repeatedly having to tell her not to do.  She loves going under the covers with them, and they love it too.  Rohan won’t put up with much of Dhara’s antics, but Kieran will give her a fight.

Now that Dhara is three, Greg and I are interested in starting school with her.  Of course we’ve been teach her things along the way, but I’d like to introduce something a little more than the live and learn approach we’ve been doing.  More on the topic of homeschooling later.

As of November of last year, Dhara has learned to use the potty.  Up until then, it was a disaster trying to teach her — she’s smart in so many things, but using the potty like a big girl was something she just didn’t want to do.  Thank God she knows now, and she goes all by herself — what a relief!  I always tell people that I wish kids had an automatic download of information at age 2 that enables them to know exactly how to use the potty. As you can see, I didn’t like the whole process of potty training.  I guess the only advice I can give is: put them in underwear (pull-ups are pretty much diapers), and take them to the bathroom every 30 – 45 minutes.  It takes time for them to “get it”, but consistent repetition is the best way for them to learn.  Otherwise you’ll do what I did for the longest time and be cleaning up a ton of messes because I didn’t stick to the 30 – 45 minute window.

[Thanks Ohio Becky for the adorable salvar Dhara is wearing in her 3 year shoot!] 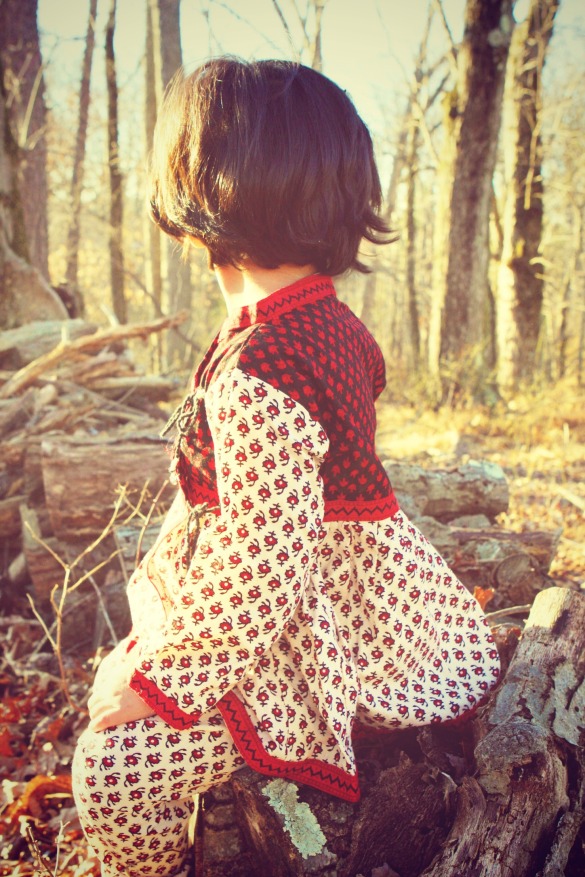 For Dhara’s 3rd birthday party, it was part of a combined Christmas party/Dhara party/and Josh’s graduation party.  We had a lovely gathering of family folk.  We cooked and baked up a storm — as it’s been in years past, Dhara’s strawberry birthday cake was homemade by Zumie.  It was so delish!  Dhara was super shy when everyone sang happy birthday to her, she couldn’t quite get her speech out in the end (like last year). 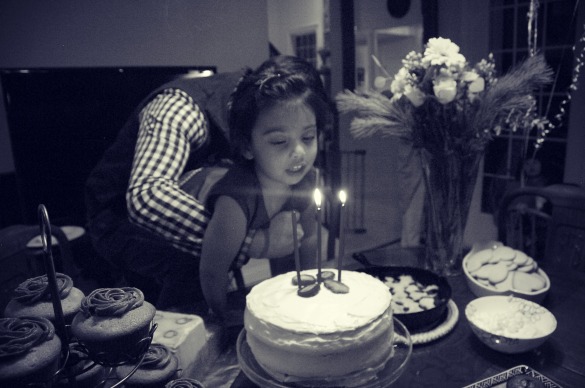 This last photo wonderfully portrays my daughter.  She can be so naughty at times, but she’s hilarious and so full of spunk.  The above photo was taken as soon as she got caught sneaking a cupcake and eating it quietly in the corner before her party began.