It’s funny to think that Dhara has friends.  I mean, she’s only 15 months old, but yes, she has friends.  She actually has a good handfull of them.  One of them is Zoey — the daughter of our friends Josh + Sue.  Greg and I went to college with Sue, so it’s wonderful to still be connected after marriage and now, kids.  It was neat to catch up with them over the weekend.  It was especially neat to see our daughters catch up.  Dhara calls her friend, “Zozo.”  It was hilarious to hear Dhara call out to Zoey before they left — Dhara was getting her diaper changed in the next room, but still managed to yell out a, “BYE, BABY!” to Zoey as they prepared to walk out the front door.  Picture quality isn’t the best, but I still had to post some of these two buddies.

photos below from last fall, september 2010 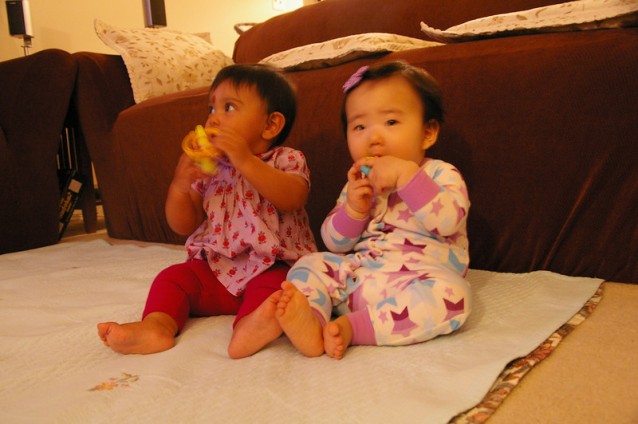 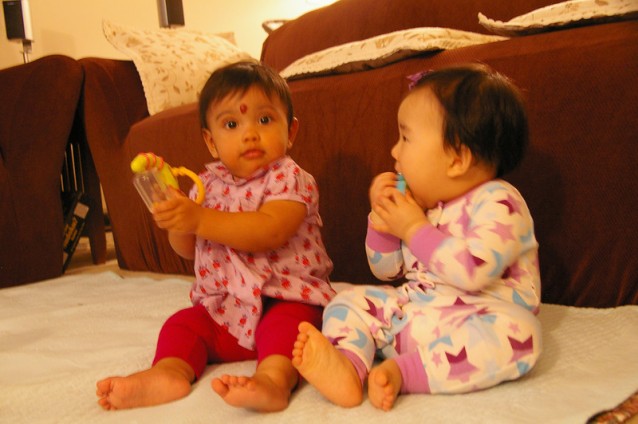 photos below from last weekend, april 2011 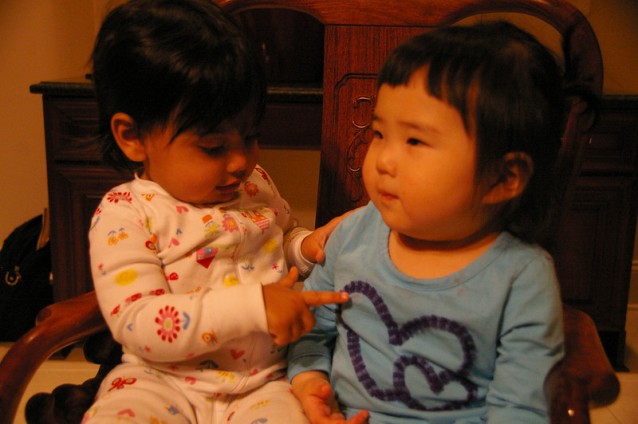 And as you can see, Dhara is super affectionate.  Sometimes she doesn’t know when to hold back.  Fortunately, sweet little Zoey didn’t mind too much!  : )